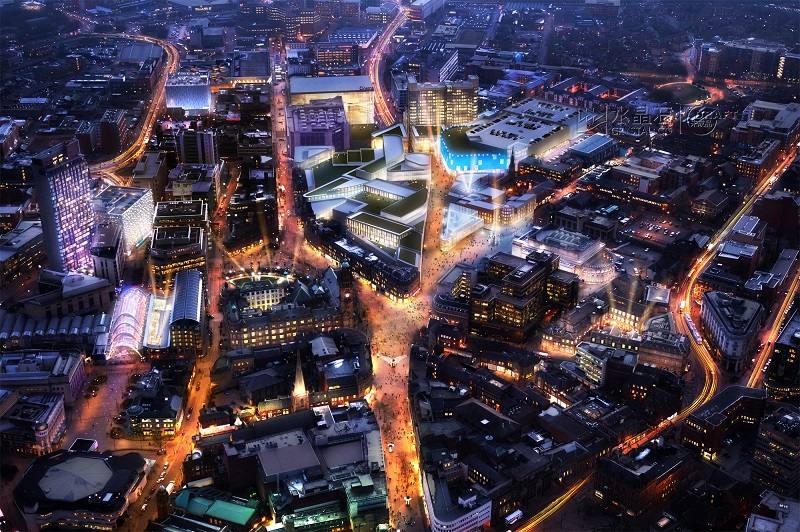 Sheffield, the Next Property Hotspot

Sheffield, the next Property Hotspot

Business is booming in Sheffield, it is one of the fastest growing cities in the UK due to sustained public and private investment into infrastructure and business, as well as a focus on desirable housing for young professionals. Residents of the city are now benefitting from impressive job opportunities and an enviable lifestyle in the strategic heart of the country in South Yorkshire.
The Sheffield City Region is one of the UK’s core cities which drive the national economy. Due to its location as a hub of national road and rail networks, business and industry knows that it has access to a large, skilled workforce, with more than two million people within an hour’s commute of the city. With a modern economy and presence in diverse sectors like engineering, digital, manufacturing and logistics, investment is received from around the world.

Sheffield has a Growing Population

Sheffield is a bustling, vibrant city where people want to work and live. This is highlighted by the fact that over ¼ of graduates choose to stay in the city each year, plus the large number of young people who migrate to the city from elsewhere in the UK. Therefore, it is not surprising that the population of Sheffield is predicted to grow almost 15% by 2035.

Sheffield is a Great Location for Business and Residents

Located right in the centre of the country it is perfect for both residents and business. It takes around one hour to reach Birmingham, Leeds or Manchester and around two hours to reach London, Newcastle or Liverpool – and with the upcoming HS2 rail line, travelling to London will be reduced to just 85 minutes.

The Sheffield City Region Strategic Economic Plan 2015-2025 states that the goal is to increase the region’s economic output by at least £3bn and create 70,000 jobs by 2025. With around 40,000 jobs already being created by 2017, this indicates that the actual growth figure will be much higher, as highlighted by recent announcements.
A £65m new ‘Chinatown’ development called New Era Square is being developed by businessman Jerry Cheung who has revealed plans for a China UK Business Incubator (CUBI) in Sheffield. The CUBI is the culmination of a 13-year dream for Cheung and will help UK and China-based business, trade more easily by helping with language, business and cultural translation assistance. Sheffield is a city which attracts a lot of Chinese interest and anything which smooths the path for future investment from the Far East will help the Sheffield economy growth.
Another planned new development is located outside of the city, close to the Meadowhall shopping centre, which is already one of the biggest drivers of growth in the region. The area may become even more productive in the near future with the development of a huge new industrial complex which could create 5,000 jobs. This new complex on a derelict site in the Lower Don Valley will be designed to allow existing firms in nearby business parks to expand, whilst providing an environment to help new businesses flourish.
Due for completion in 2020, a brand new mixed-use scheme, the transformative Heart of the City ll covers 1.5 million square feet of the city centre and will incorporate a wide range of retail, commercial and residential space along with the high-end hotels, leisure facilities and public spaces which the city needs more of. Due to the design, it is hoped that the overall positive feel of the city will be enhanced, and this much needed redevelopment will be a clear boost for the city.
Mclaren, HSBC and other multi-national companies have already undertaken significant investments in Sheffield, showing the global appetite for investing in the city.

With the population of the city increasing rapidly, the competition for rental homes near the city centre grows fiercer each year and Sheffield is a city in great need of more housing. This situation has pushed up house prices almost 25% in the last five years according to Zoopla and inflated the average rent in the city to £625 pcm according to Home.co.uk in Q4 2018. More housing is required to meet the increasing demand, meaning that buying property in Sheffield is a great investment proposition.

Sheffield, the Next UK City to Invest In

Sheffield is becoming one of the UK’s major investment destinations, creating the jobs, opportunity and lifestyle which is appealing to a new generation of renters. It is understandable why so many people are moving to the city and we expect that this trend will continue far into the future. With anticipated population growth of 15% by 2035, apartments close to the city and university are likely to remain good investments in the long term, so to any investors looking for the next property hotspot, now is the perfect time to invest in South Yorkshire.